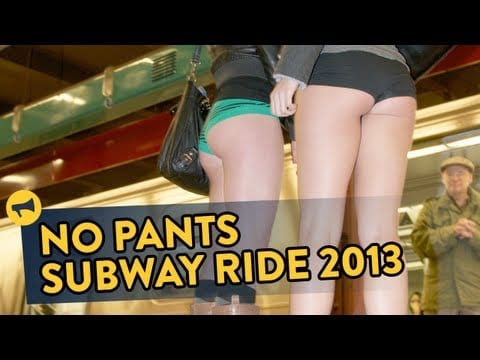 Out of mere obligation, here is New York City based Improv Everywhere‘s annual No Pants Subway Ride. For 2013, nothing changes.

Hundreds of NYC subway commuters take off their pants on their morning commute while hidden cameras record onlookers’ shocked reactions.

It is an enjoyable watch, but is nothing new for anyone who’s been on the Internet for more than a week. Still, the two day old video has already garnered over one million views.