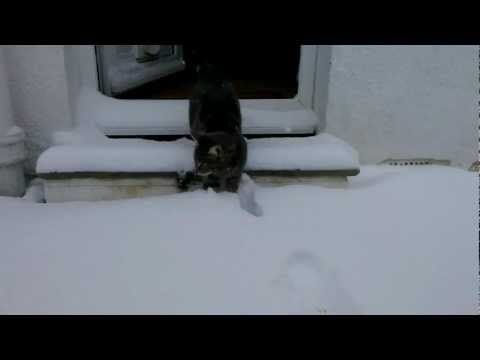 Over the weekend, England was hit with some snow. Nothing serious, but the Brits freaked out, and many people like Jef Charles were sent home from work early.

Jef’s cat Fletcher had never been introduced to snow before, so he grabbed his camera and let the furry guy out the back door. Now, the new cat video has already amassed over half a million views. There’s just something so addictive about watching Fletcher frolic in the snow for the first time.