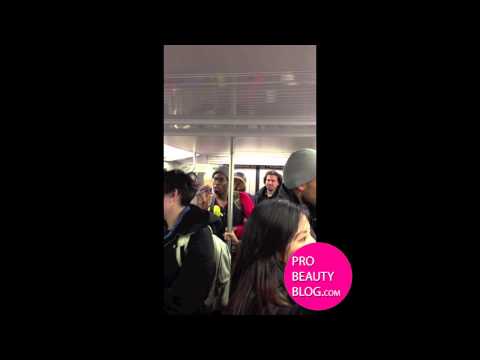 Make up focused Makeup By Victor was travelling on the subway away from Times Square like millions of other people when they encountered a not-so-common person.

It was comedy and beatbox artist Verbal Ase and he was performing his famous Spongebob beat box song wearing a big speaker.

After his song, he performed subway-themed stand up comedy that anyone who’s taken public transportation before will appreciate. Even some of the passengers laugh, a difficult feat in the Big Apple.