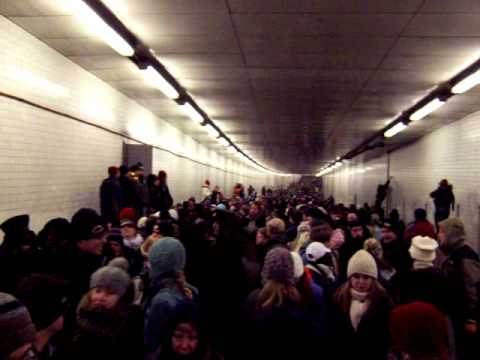 Though his second term officially started today, President Barack Obama will have a public inauguration ceremony for the second time on Monday. It goes without saying the event was sold out long ago.

Hopefully this year’s inauguration goes better than last, as four years ago hundreds of ticket holders ended up getting stuck in the ‘Purple Tunnel of Doom‘ for hours.

At one point, people started singing the classic Bill Withers Lean On Me, and after a while the song began to slowly spread until everyone was singing–a truly marvelous and uplifting moment.