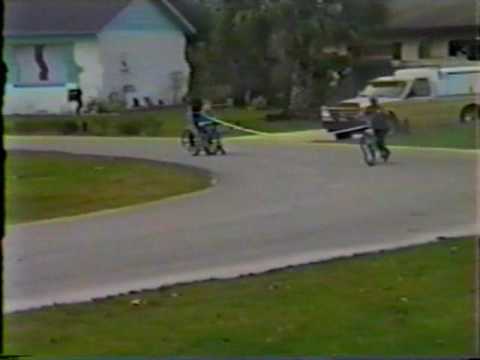 Back in the 1993, h20eweup2‘s younger brother needed leg casts and became temporarily wheelchair bound. But that didn’t stop him from having fun with his lil’ bro.

While dad caught the whole thing on camera, he basically created a wagon system to pull his brother’s wheelchair with his bicycle. And it worked surprisingly well.

Of course all fun things must come to and end, and like most things during childhood, end in a painful Ouch!

The video is trending after being featured on Reddit.