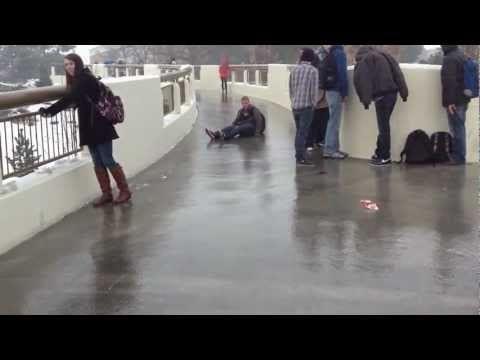 Apparently, the winter in Utah has been pretty dull this year. But according to lane182videos, “Utah winter finally redeemed itself this morning,” after a downfall of freezing rain.

The cameraman caught passersby apparently on college campus literally sliding down a bridge path as if they were skating on an ice rink. One student planted his butt on the ground and even went for a fun ‘sled-less sled ride.’

Naturally, as this takes place in Utah, commenters can’t help but drop gags about Mormons, such as “Why didn’t anyone tell me Mormons on Ice was coming to Broadway?”