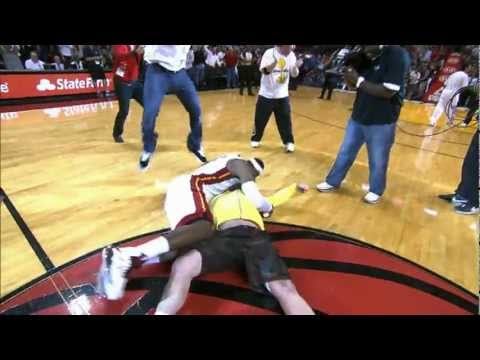 The Miami Heat played the Detroit Pistons on Friday, and came out on top 110-88. But for many, the peak of the game was during the halftime show, when one middle aged man was picked at random to shoot a half-court shot for $75,000.

Incredibly, he scored the difficult basket, winning the cash, and an epic tackle-hug from LeBron James. Now, this NBA clip of the scene has gone viral, amassing over 150,000 views in less than one day.