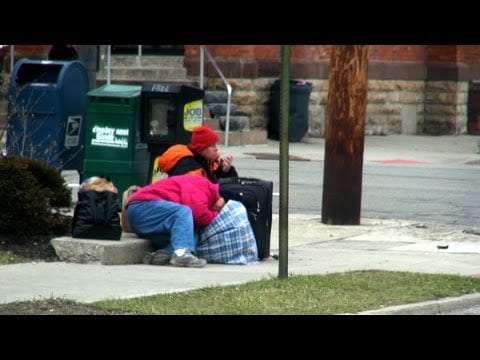 Mabe called a pizza place claiming to be a police sergeant managing two undercover agents disguised as homeless people on the corner of the street.

He asked the pizza place if they could deliver a pie to the two homeless people, and paid with his credit card. Thirty minutes later, the deliver boy simply handed the food to one of the homeless people and walked away.

The homeless guy woke up his companion in disbelief! They had hot food that seemed to simply appear like the manna!

The three pranksters laughed with joy as they watched the couple feast on the doing of their good deed. Hopefully, this is the start of a trend online of more random acts of kindness.