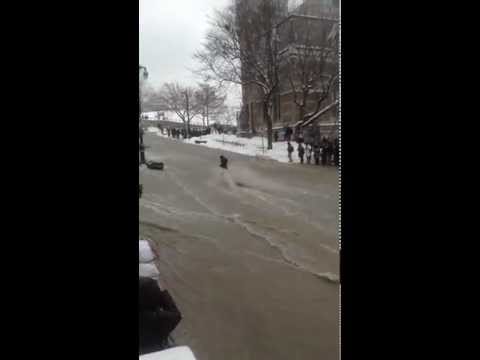 Australia has been pounded by water over the past few days, resulting in mass flooding. Some beaches have even seen sea foam from the serious flooding.

But now their brethren in Montreal have been battling flood waters as well after a nearby reservoir burst. McGill University in Montreal, Canada experienced serious flooding after the break, so great that one student was swept away by a river that took over the quad.

“Dude, somebody should probably go save her!”