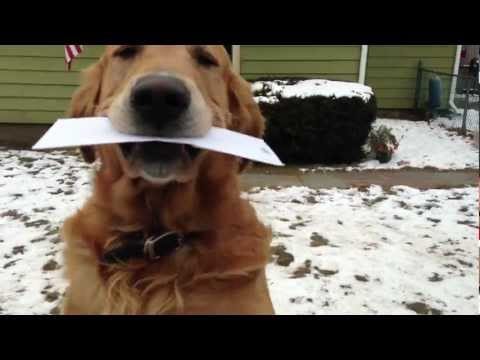 Nearly every comic strip and cartoon would have you thinking that dogs are the eternal enemy of the mailman, but that’s not necessarily the case in the real world.

Everyone has a ‘best part’ of their day, and for postman Bsgtrekfan88, that is when he rolls up to the house of one neighborhood dog. Without fail, the pup runs up to him wagging his tail, ready to greet the mailman and dutifully retrieve the day’s post for his human friend.

Manny Plimken was so touched by the scene, they commented: “A dog that actually likes a mailman. Is this in… the Twilight Zone?”