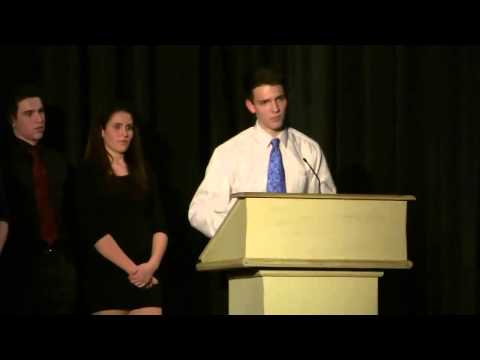 On the second week of January, Jonathan Rudolph‘s son’s school held a just for fun award ceremony for the seniors, handing out awards such as ‘Class Clown’ and ‘Most Likely To Succeed.’

Jacob Rudolph was awarded ‘Class Actor,’ but had more to say than just thanks in front of the microphone. He took his opportunity in front of over 300 peers and teachers to finally come out of the closet.