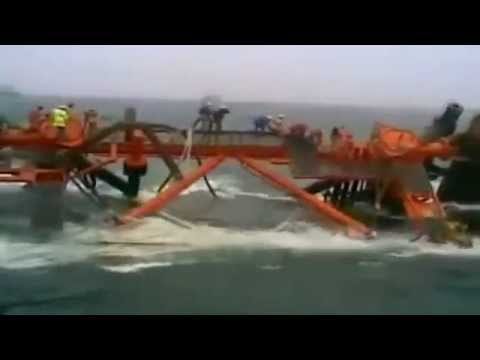 Reportedly, this video by roseegg1 shows a giant Iranian gas platforms sinking in the Arabian Gulf. No further explanation is given as the platform covered in scrabbling workers is enveloped by the waves and a near by boat honks its horn.