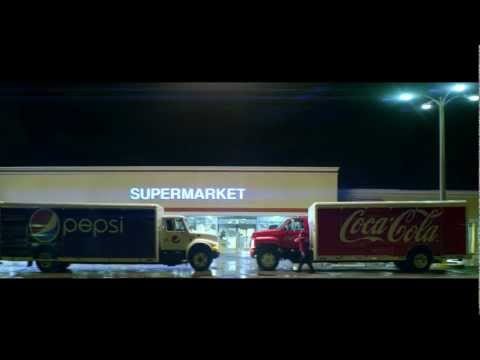 Soda Stream is the new at-home water carbonation soda maker system that is taking the soft drink industry by storm.

For the Superbowl this year, they made this commercial pinning a Coke deliveryman against a Pepsi one, as seen so many times before in the feuding beverage companies’ commercials.

But usually, one of the men comes out on top. This time, they both fail, as Soda Stream doesn’t need bottles to be delivered.

As CBS is so tied up with the mega corporations, they actually coward under pressure from both Coke and Pepsi to not air the commercial.

CBS actually complied, but now the Streisand-effect is occuring, and the commercial is going viral specifically because it was ‘banned.’ Now, the advert, which is less than a week old, has over 2.5 million views and counting.