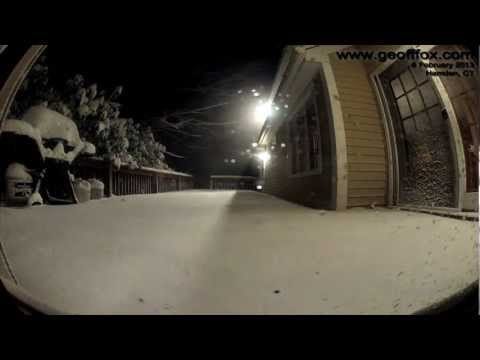 Geoff Fox lives in a small town in Connecticut, just north of New Haven, and like millions of other Americans living in the Northeast, was hit by the big blizzard. But Fox had the premonition to set up his GoPro camera on the backyard decade in timelapse made to capture the action.

The only reason the video ends so early, he claims, is because the snow rose so quickly, it covered the lens. Now, his video is going viral, and has already garnered over 40,000 views in one day.