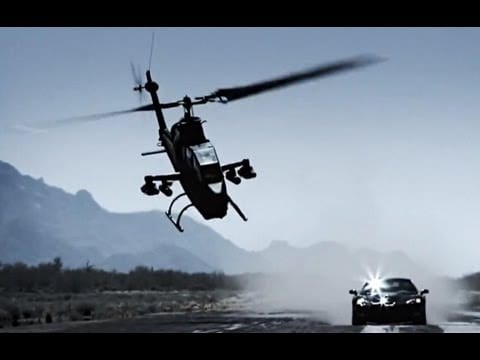 The British car show Top Gear has been steadily growing in popularity over the years. Now, there is the not so popular American version, and even a new Korean one.

For a recent segment on Top Gear Korea, Kim Jin Pyo raced a Corvette ZR1 against an AH1 Cobra helicopter “in true Top Gear style.” But after winning the race, tragedy occurred.

The helicopter suddenly crashed into the ground to the shock and horror of Kim Jin Pyo. He could only stare with his mouth open for a few moments before regaining his composure, slamming the car into park, and running towards the crash scene as alarm sirens rang.