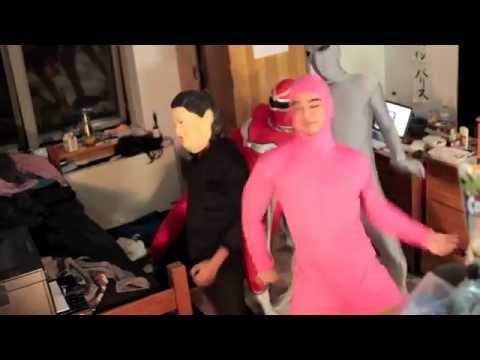 The new outrageous Harlem Shake meme has exploded online. But where did it all begin?

Like most trends online, it’s difficult to pinpoint the originators, but most agree the credit belongs to Filthy Frank who posted DO THE HARLEM SHAKE just over a week ago. He and his friends danced ridiculously to the first 30 seconds of Baauer‘s now famous song Harlem Shake wearing even more outrageous costumes and face masks.

Then, The Sunny Coast Skate crew were inspired to make their own version of the dance, titled The Harlem Shake v1, which incorporates the now standard recipe of one dancer dancing alone until the bass drops. Only then do the others join in on the madness.

Since then, multiple ascending versions of the The Sunny Coast Skate‘s original have been made, including countless other themed parodies of the ridiculous dance, such as the local news version, firefighter version, and even a father-son version.