A Defense of Comic Sans 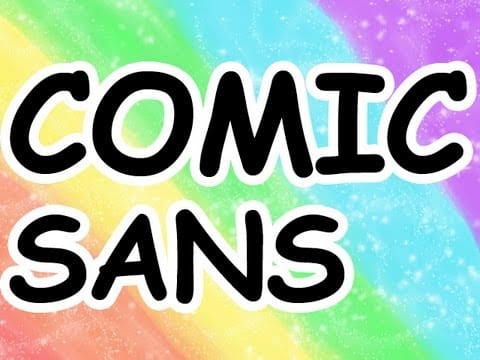 For some reason, Comic Sans is officially the most hated common found font on the Internet. When appearing in a popular thread, one can always find comments of hate and dread at just the mere sight of the Comic Sans typeface.

Besides for hating on Justin Bieber, a favorite pastime for nearly any web user, the second most common complaint on Twitter is Comic Sans.

But why is that? Super web nerd Vsauce delves into the interesting history of typeface and fonts do deliver this Defense of Comic Sans.