Advertisement
Video > Blizzard Snowfall Is Too Much For Dog

Blizzard Snowfall Is Too Much For Dog 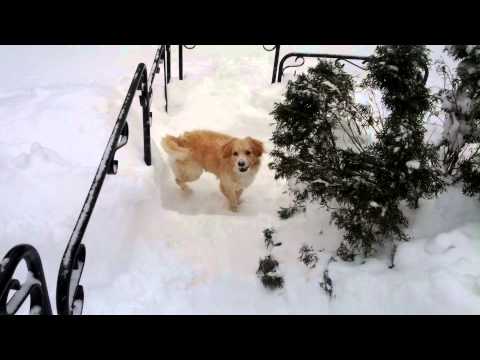 By now, most of the heavy snowfall that hit the Northeast from the recent Nemo blizzard has been cleared away. But on Saturday, the day after the heavy accumulation, the snow was so high, it was apparently too much snow for Scooter the dog.

After coming outside with his human friend, Scoot seemed absolutely elated at the mere sight of the snow, until he dove right in. The snow was so high, Scooty could barely keep his head above the white.

Now, the four day old video has broken over one million views, and continues to trend.