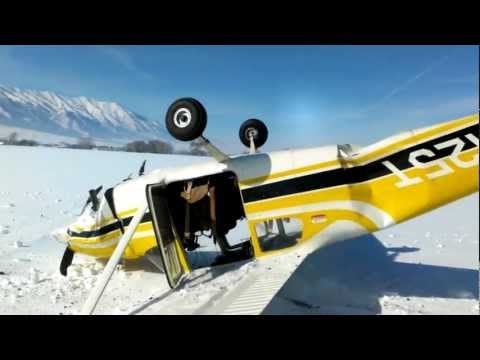 Jonathan Fielding took a birthday flight with his wife, which was coincidentally her first time flying, his mother in-law, and his baby son on a small propeller plane over beautiful Utah.

Terrifyingly, they were informed by the pilot that the carburetor had iced over, and the propeller was out of commission. They would have to crash land.

Being that this is 2013, Jonathon, of course, whipped out his cellphone camera to capture the drama. Even though the pilot was experienced with powerless landings in the field, the snow caused the plane to flip on landing.

Thankfully, they all survived save for a few scratches and bruises, and now the cellphone footage has gone viralviral, amassing over a quarter million views in just a week.