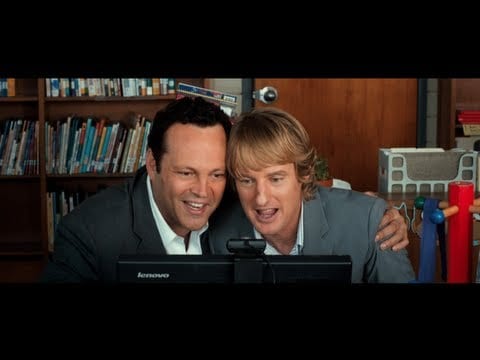 Vince Vaughn and Owen Wilson have broken new ground in the movie making business by starring in the, arguably, first ever Google approved Hollywood film.

The Internship tells the tale of two friends, played by comedy duo Vince Vaughn and Owen Wilson, who are let go from their jobs in a down economy.

After searching high and low, they only find one position available for the both of them. An internship at the world’s most famous technology company. Google.

Appropriately, Google Play is the publisher of the new trailer which is quickly going viral. The trailer is further covered on LATimes, Time, BussinessInsider, and Google+.