Coach Scores Half Court Shot To Win Scholarship For Student 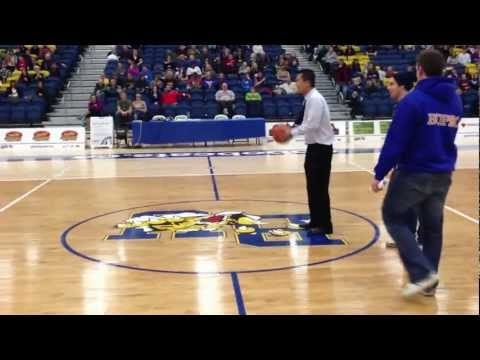 Each year, Brandon University holds the Smitty’s Tuition shoot-out with a prize of a semester of tuition paid for in full. Using his head, student Mason Kaluzniak chose Bobcats head coach Gil Cheung to shoot the half court shot for him.

Incredibly, the coach swished the shot! Now, the BU Bobcats half court shot video has gone viral, amassing over 300,000 hits just over the weekend. The story is covered on YahooSports, USAToday, and Sun.