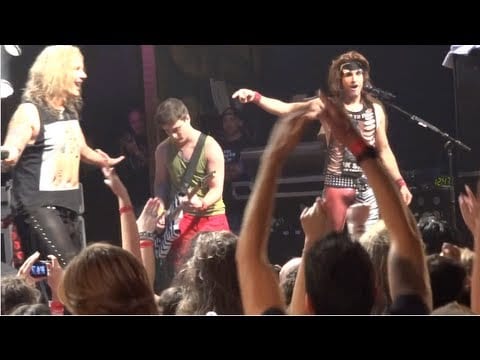 Musician Kamel Kheridden posted this concert video back in October, but it has only gone viralviral over the weekend after appearing on Reddit.

Months ago, he was at a Steel Panther rock concert and ended up on stage. Once there, he had to ask if he could play the guitar, and shockingly, they said yes.

Together with the band, Kamel played the lead guitar for Eyes of a Panther, and rocked the house.

Whenever someone from the audience gets on stage to perform, it’s always an anxious coin flip. As jlo47 says, “I love when this happens, it’s either the greatest trainwreck in history or the coolest thing you’ve ever seen.”