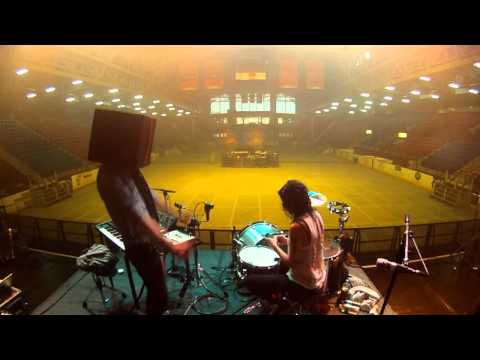 As with all fun Internet memes, the shock and novelty of the Harlem Shake craze has already waned. But still, out of the thousands of submissions on YouTube, there are a few viral jewels that truly stick out from the crowd.

Music duo Matt And Kim are one of them. They created a Harlem Shake video with the packed audience of their concert at Troy New York at RPI Field House.

Now their version of the new dance craze, appropriately titled Harlem Shake Matt and Kim Edition, has gone viralviral in less than a week, and currently stands with over six million views.