Gay Man Stands Up To Anti-Gay Preacher On NYC Subway 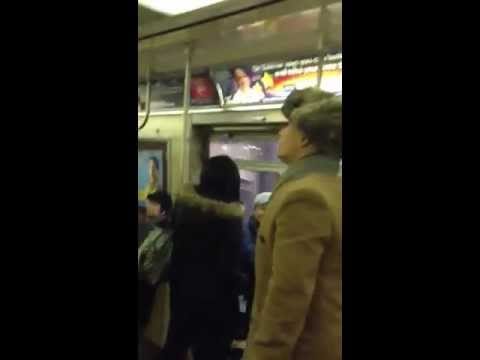 The New York City subway is famous as city’s the stage for the outrageous and the ridiculous. Out of nowhere, a scene can emerge, be it funny, serious, or even dangerous.

Elena Beloff was on her daily commute when a preacher started ranting about how ‘the gays’ were destroying society. Nothing out of the ordinary just yet.

But then a man stood from his seat to rebuke the preacher as a ‘hater’ and a false prophet, resulting in an LGBT rights debate. Finally, he announced that he was in fact gay, and yes, Jesus loves him.

With that being said, the train car burst into applause!