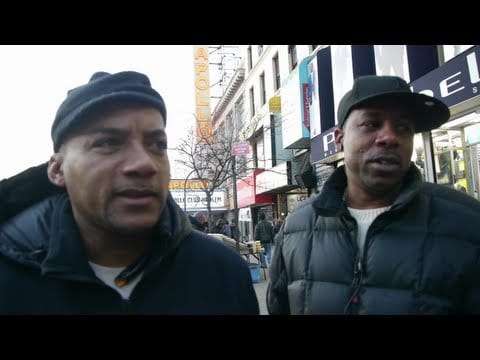 By now, most of the Internet is already sick of the Harlem Shake dance craze meme. But shockingly, there are people in real life who don’t live their lives in an Internet culture bubble, and still haven’t seen the new online Harlem Shake.

That gave NYC based Schlepp Films an idea. They traveled to the streets of the real Harlem neighborhood in Manhattan, New York City, and showed passersby the new craze.

For the most part, they aren’t impressed.

Now, this Harlem-reaction video has already garnered over 450,000 hits in just one day, and is further featured by Gawker, BroBible, Mashable, and HuffPost.