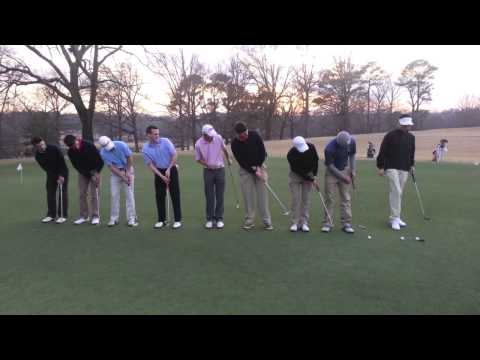 Each year, the PGA Golf Management holds a competition between the different classes at Campbell University. This year, during the January competition, a group of competitors attempted to see how many golfers could putt on the same hole at the same time.

Incredibly, the senior class won with nine golfers in a line successfully making a putt on the same hole all at once.

As bubbanater07 puts it: “To the golf haters out there. Its a lot harder than you think.”

Now, the video has gone viralviral, amassing over 400,000 views just on YouTube. The story is further featured on Campbell, Neatorama, CNN, and ABCNews.