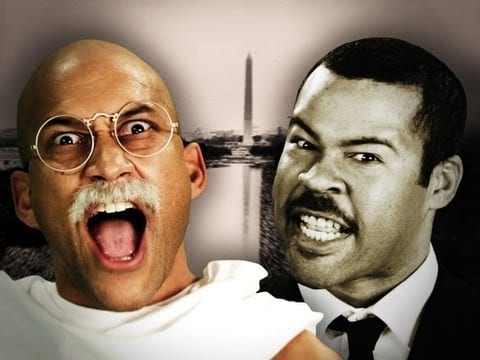 With Key as Mahatma Gandhi and Peele as Martin Luther King Jr, the two perform in a lyrical debate over which was the more important man of peace. Instantly, the video has collected over 24,000 likes.