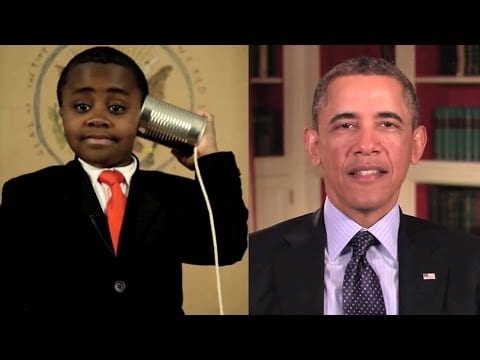 Kid President is the cute kid on the Soulpancake channel who “is on a mission to make grown-ups less boring.” And he has succeeded!

Not only has he accumulated millions of hits, but he has just received a shot out from the one and only Commander in Chief, President Barack Obama.

While also promoting the White House Easter Egg Roll, President Obama dropped Kid President a line or two of inspiration to keep his spirits up. And gosh did it work! Wouldn’t you be excited to get a call from the POTUS?

Just over the weekend, the video has collected over 1.4 million hits!