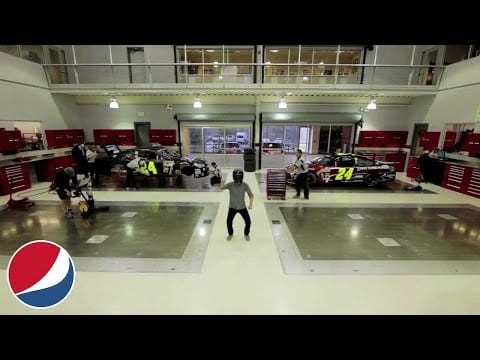 More and more corporations are getting in on subliminal viral advertisements. For far cheaper than traditional advertising, such as TV or radio, big companies are placing smaller, much cheaper bets on low budget videos that showcase their products hoping they will go viral.

A good example is Pepsi’s Harlem Shake video which has been seen over 4.7 million times in just one week! To achieve the same results with a traditional commercial would cost a fortune.

Now, Oreo is next.

Complete with a geeky, retro intro–which is perfect for their target audience–they have just launched this new Separator Machine series.

The first episode showcases physicist and copywriter David Neevel and his amazingly over-complicated machine that incredibly separates the creme from the two Oreo cookies.

After explaining the device, he runs it for one cycle and catches the two, now clean cookies that fall from the chute.