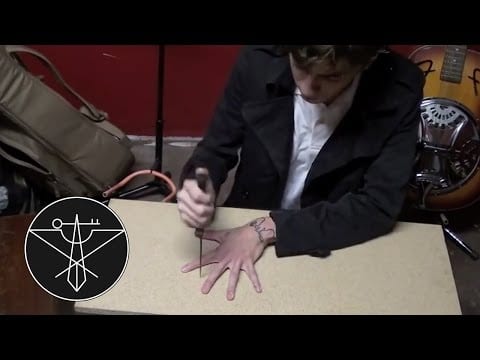 The Knife Game Song is the daring game when the only one player spreads their hand on a flat surface. They then sing the Knife Song–which appropriately starts with “I have all my fingers. The knife goes chop, chop, chop”–while stabbing a knife in between their fingers in a circular motion.

The game is commonly played by gangsters, criminals, and any other ‘tough guy’ character in movies and TV shows. But a teenage girl? Can she ‘beat’ the knife game?

Well, thanks to Hanna Ellingseter, the answer to that question is now a big yes as the Norwegian teen sings the entire song without getting even nicked a little by her knife in this new viral video.