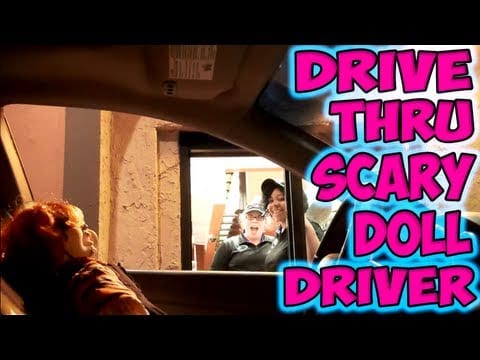 Remember the viralviral Invisible Driver At The Drive-Thru prank that hit the web in January? That video by prankster-magician Rahat stands with over 30 million hits! And he isn’t done with his clever disguise yet.

This time, he ordered from the drive-thru at multiple fast food restaurants, and put a scary looking doll in the driver seat while he hid under his fake seat disguise.

Surprisingly, most of the workers realize it’s a prank, and laugh along with the joke. One employee even says, “Am I on camera?”

But the best reaction was when one manager told her subordinate to literally throw the bag of food into the car. When the Rahat picked up the doll, it took a direct hit from the flying sack lunch.