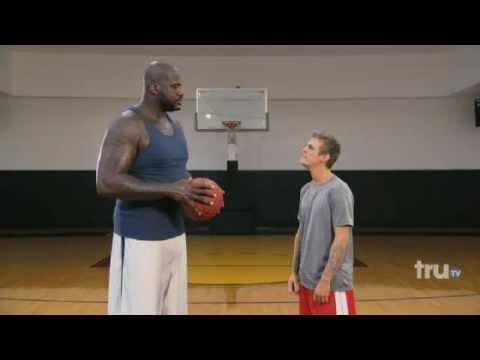 A little over a decade ago, now non-existent on the pop radar Aaron Carter released his one and only hit single That’s How I Beat Shaq. It’s a fun nostalgic song for those who remember it, but that’s about it.

So why is AC back on the scene? Because Shaq wants some sweet revenge for being embarrassed so long ago. Thankfully, Tru TV was more than happy to set up a rematch between the two stars.

And Shaq is hungry.