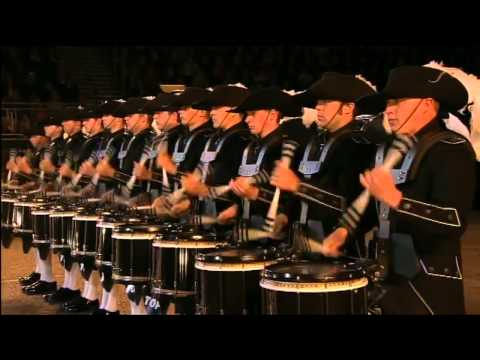 The Top Secret Drum Corps is a Swiss music group like no other. Based in Basel, Switzerland, the crew of 25 drummers specialize in precise, military-style drumming.

They are so perfect, they became one of the first non-military, non-British Commonwealth acts to perform on the Esplanade at Edinburgh Castle.

Now, this video from their 2012 performance at the Edinburgh Castle has gone viral, amassing over 100,000 hits so far. It is also featured on Neatorama, LaughingSquid, Military, DailyPicks, and TheAwesomer.