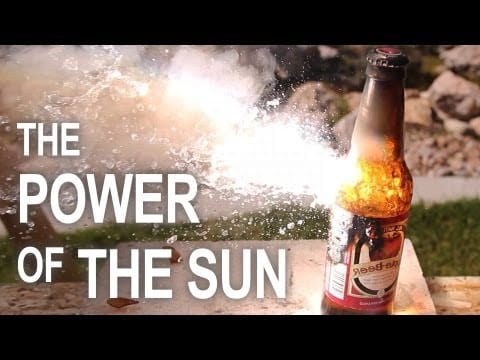 This amazing video by Grant Thompson was posted back in December, but it has just experienced a viral surge in viewership over the weekend.

From a previous experiment, Grant got his hands on a giant older television with a perfect screen to create a dangerously powerful solar lens in his backyard.

This isn’t your average juvenile ‘ant frying with a magnifying lens’ project. His DIY lens can literally melt metal, and instantly cause wood to ignite into flames. At it’s focal point, the sunlight reaches around 2000ºF!

Now, the video is featured on popular sites, such as Devour, DailyOfTheDay, and BestOfYouTube.