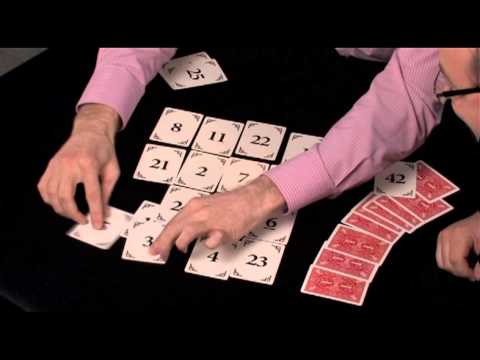 Quirkology founder and math-magician nerd Richard Wiseman has created a new magic card trick called the The Grid. Using special number cards, he asks his friend to pick a card from a shuffled deck, and then deals four hands with four cards in each hand from another deck.

No matter which hand of cards chosen, when the four cards are added together they equal the card his friend original picked.