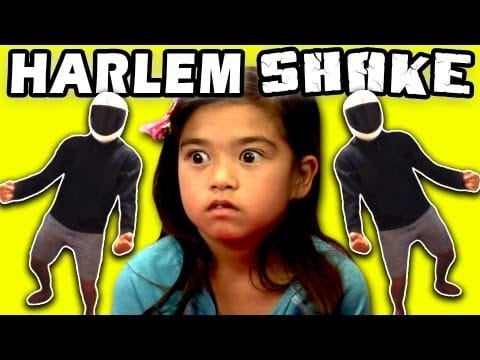 The Harlem Shake. Finally it’s over. Or is it?

Popular YouTubers The Fine Bros wanted to close the now dead meme with some style, so they gathered up their kids from their popular Kids React series to show them the crazy dancing meme, and see how they react.

By the time the third viral rendition of the Shake starts playing, even one little girl rolls her eyes, and asks, ‘How many are there?”