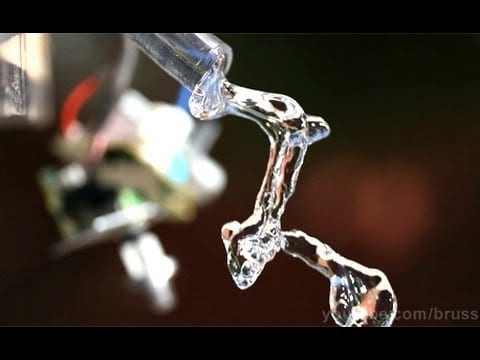 Nearly a year ago, DIY science nerd Brusspup published a Dripping Water Illusion Created With Sound video that became a viral hit. That video currently stands with over 4 million views.

Now, Brusspup has returned with a second iteration of the experiment, only with much cooler visual effect. Using speakers set to very specific frequencies, he creates out of this world water illusions by recording at certain camera shutter rates.

Already, the new video stands with over a quarter million hits.