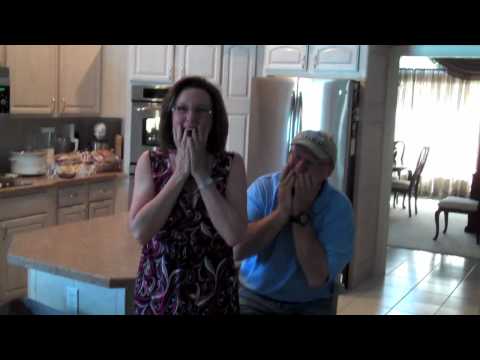 “We’re pregnant” reaction videos are nearly always adorable and touching. This reaction video by Ryan Dean is especially emotional, and has been trending more than ever even though the clip is nearly three years old.

Ryan and his mom have a long going tradition of giving each other gifts on his birthday each year. After all, mom was the one conscious on his big day; she was the one who gave birth.

Well, for his birthday in 2010, Ryan and his SO gave his parents the best gift of all. After mom opened her regular gift, Ryan said, “We have something else coming, but it’s not going to be here til September.”

After just a few stunned moments, mom and dad realized that he meant a baby was on the way. They were going to be grandparents, and, naturally, completely freaked out.

To make matters even more special, they had been trying to get pregnant for three difficult years.

Ryan was proud to update his video months later with, “UPDATE: My daughter was born on September 24th, 2010.”