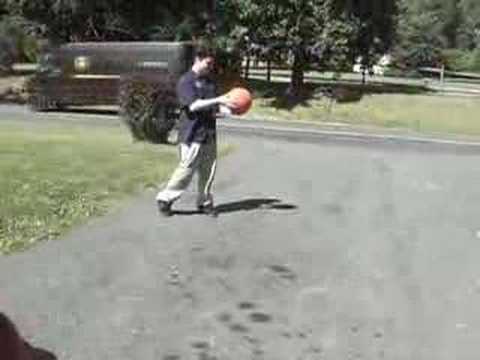 This video was posted in the early days of YouTube, way, way back in 2006, but has only erupted in popularity now over six years later.

Currently, the short yet sweet video has collected over half a million views just this week, and is featured on StuffIStoleFromTheInternet, DailyPicksAndFlicks, and BroBible.

In the clip, a kid bounces an over-inflated basketball that seems to act as if it was on the moon. All that extra air really helps the ball bounce that much higher.

But basketballs aren’t designed to be so stressed, and after just a couple bounces, the ball explodes, causing the cameraman to burst out in laughter.