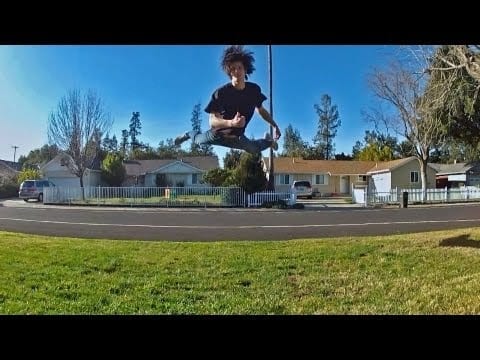 When The Matrix debuted back in 1999, the stunning visuals–commonly referred to as ‘bullet time‘ special effects–blew the world away. Their state of the art camera techniques have since been copied, parodied, and spoofed countless times by Hollywood.

But for years, only the big studios with even bigger budgets could create such dazzling images. Now that technology is only accelerating at ever greater speeds, small time artists and producers can replicate the effects.

Just take Marc Donahue, who created stunning ‘bullet time’ visuals with his homemade array of GoPro cameras. The shutter speeds aren’t perfectly synced, but that only results in even more interesting visuals.

The project was covered more in depth on FStoppers. Now, the week old video stands with over 30,000 views, and is only picking up viral momentum.