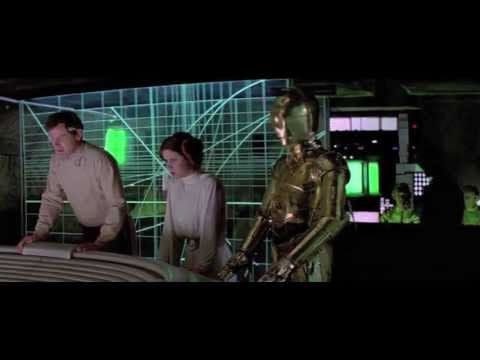 Even people outside of the crazy conspiracy world have watched or heard of the most famous 9-11 conspiracy documentary, titled Loose Change.

The hour long documentary is a great source of debate, with skeptics on both sides of the issue claiming the other side is nuts, delusional, or just plain stupid.

Being that this is the Internet, it’s about time a spot-on parody was made, and now it’s finally here.

Over the weekend, Graham Putnam published Luke’s Change: an Inside Job, a parody of the original Loose Change conspiracy documentary that claims it’s impossible for the Death Star to have been destroyed by none other than Darth Vader’s family members. Something just has to be up.

The parody is reminiscent of the hilarious spoof College Humor made in 2009 of Storm Troopers discussing conspiracy theories concerning the destruction of the Death Star.

Now, the video is going viral, and is featured on Slate, GeekoSystem, Neatorama, and LaughingSquid.