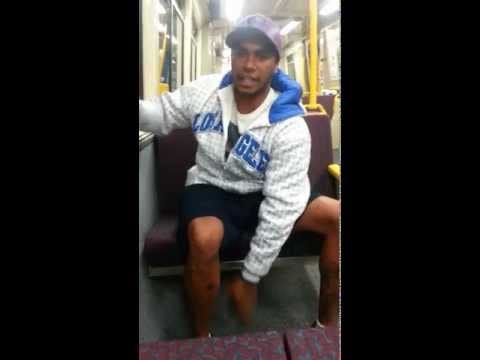 Last week, random804 published this awesome video of a stranger he just met playing a sick drum beat on the Caboolture train in Australia while beat boxing and rapping. Now, that video stands with over 650,000 views.

Naturally, as this is the web, viewers doubt the player’s authenticity, claiming there must be another source sound as his performance was too impressive to simply come from a train seat.

So now, Mookieotm, the apparent musician himself, has just published this second train performance to prove that, yes, he is the one making the sound. There are no speakers or tricks here.