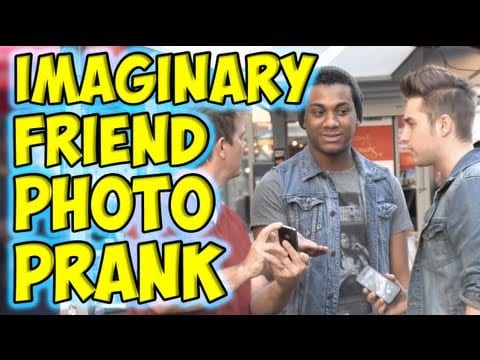 Magician Rahat, most famous for his drive-thru prank videos, teamed up with equally popular online prankster Jack Vale to pull a quick one on passersby on Hollywood Blvd.

Each by themselves, the two pranksters would ask passersby if they could take a picture of them with their friend using their phone. They would then smile and put their arm around… nobody. The volunteer photographers would play along assuming they were just messing around.

For the prank, Jack or Rahat would claim their friend blinked and show the volunteer a picture they had taken before the prank of them together in the exact same location.

Naturally, the photographers were freaked out seeing two people in the photo they had just taken of only one person. Could their imaginary friend be real?