N. Carolina Sheriff Stops Short In Front Of Truck After Holding Up Traffic 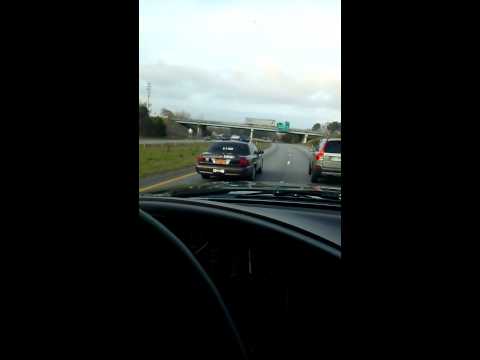 Chad Walton was driving his pickup truck on the I-526 highway through South Carolina when he approached a very slow North Carolina sheriff’s squad car in the left lane.

After holding up traffic for a while at only 50 MPH, Chad decided to circumvent the cop by passing through the middle and right lane. Once he finally passed all the slow traffic, who did he see quickly pulling up on his right?

Why, it was the sheriff, who decided to pull in front of Chad and stop short, nearly causing an accident.

It’s a good think Chad caught the scene on camera, and now the video is going viral. The brand new video already stands with over a quarter million views, and has already been picked up by Live 5 News.

Peter P. explains, “The officer should have yielded to the motorist. The lane is a passing line. The fact that the officer then proceeded to pass the motorist on the right, then come over into the motorists lane and slowing down was an act of road rage.”

UPDATE: ABC 4 reports the officer has since resigned and has a much different story than the video appears to tell.