Advertisement
Video > A World Without The Internet

A World Without The Internet 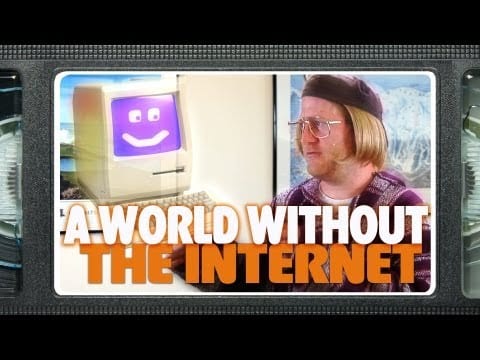 There’s absolutely nothing worse than sitting at your screen waiting for a video to load because something is wrong with your ISP.

When this super nerd’s web wouldn’t load, he called out, “I wish the Internet never existed!”

The nerd quickly found out that a world without the Internet is a terrible place. In the alternate web-less reality, he finds out that every morning, instead of waking up and immediately going online for a five hours, he would go jogging.

Instead of playing ‘with friends’ online, he would drive the whole 20 minutes to visit and play with friends… in real life. Gasp!

But the worst part of about living in a world without the Internet, according to UPROXX, is the inability to prove people wrong with a quick Google search.