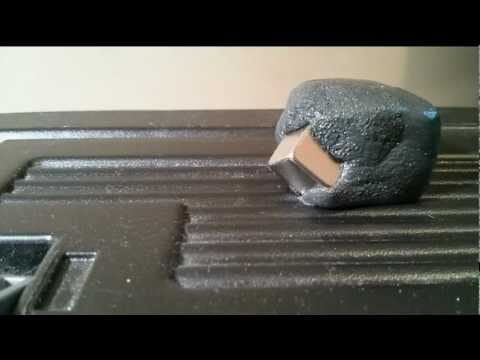 Scott Lawson set up a very interesting time lapse video, and now it has gone viral. The engineer used a very special magnetic putty to suck up and absorb a rare-Earth metal. The slow process took over an hour, and was recorded at 3fps, while it was played back at 24fps.

Left to its own devices, the putty would arrange itself so that the outer surface is as evenly distributed around the cube as possible.