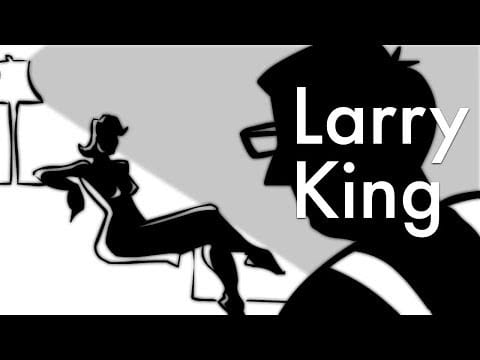 Even though his famous CNN talk show Larry King Live ended a while ago, Larry King is still one of the most memorable people in show business.

Recently, Larry was interviewed by Cal Fussman for PBS’s Blank on Blank and Esquire, where Larry discussed one of his favorite memories while working radio.

He had only worked for two weeks when he was offered an all night gig at the station. He of course took the job, but when a siren called to him on the phone that she “needed him,” not after work, but now, Larry had to do some improvising.

In a genius move, he put on a half hour record and left for her house. As insurance, he left the radio on during their love escapade, but just as he and his lover were about to strike the match, the song on the radio started to skip.

Larry had to rush all the way back to fix the skipping record. “I push her off me and jump in the car, and this is Jewish masochism. I keep the radio on. Where the nights, where the nights.”

It goes without saying, the night was ruined.