Man Struggles To Control His Addiction 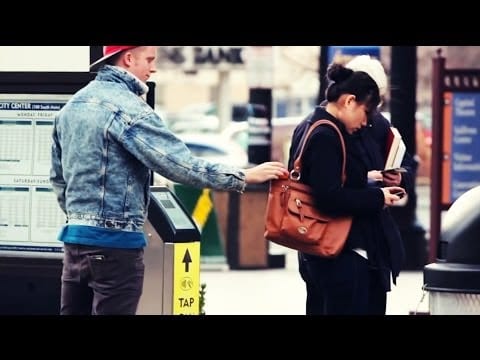 Filmingo Films has gone viral with this ingenious parody of one of the countless documentary TV shows focused on a person struggling with an addiction.

But after a minute into The Struggle: A Man Facing Addiction, viewers realize the star of the short film isn’t addicted to drugs or alcohol as it may seem from his conversation and demeanor.

No. Instead, this man is struggling with the addiction of ‘put-pocketing,’ also known as ‘reverse pick pocketing.’ He spends hours everyday planning how on putting his money into the pocket’s of other people. It ain’t an easy living.

In a calculated cliche ending, the focus of the video closes with, “There’s no stopping now. I’m too far in. There’s no getting out now. And frankly, I dunno if I wanna get out.”