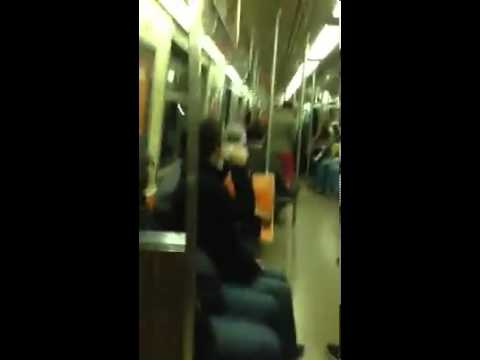 Hearing someone play the saxophone while on your daily NYC subway commute is nothing out of the ordinary. On the contrary, it’s rare when you have a little peace and quiet in your train car.

But GREATTIM E stumbled upon a musical event that was in true rare form, even for New York. While a musician was playing the sax at one end of the subway car, a dude with his buddy on camera phone took out his sax and started to play.

Nearly instantly, the two get in sync and start rocking out. They battle musically, clashing their notes together like swords. Of course the travelling witnesses loved the interaction. As they say, “Only in New York.”