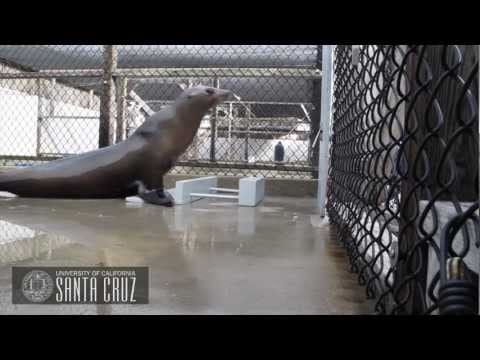 Ronan, the California sea lion at the Pinniped Lab at UCSC, seems to possess a very rare musical ability. Previously, science had concluded only humans and a few special birds could ‘keep a beat.’

But after some training, Ronan is now the first non-human mammal, and first California sea lion to dance to the Backstreet Boys.

The new video already has over a quarter million views, and is featured on APA, Discovery, and ABCNews.